This is Aidan’s story. On May 11, Aidan was admitted to the ER, tested positive for the flu B virus and given 3 bags of fluid, but he would not improve. His heart rate was terrifyingly high and he was getting weaker by the moment. He then was transported to a cardiac unit at a local hospital where the team of doctors were phenomenal at quickly realizing that the steps being taken were still not helping and that our sweet boy was still deteriorating. A decision was then made to have Aidan transferred to St. Joseph’s Children’s Hospital, ICU. The cardiac team of doctors, nurses and surgeons that took our case were some of the most top notch, thorough and dedicated individuals I’ve ever seen work together all for a common goal. They were there around the clock to do whatever they could to get him out of the woods. Finally, our angel was stabilized, but things still were not looking good.

Aidan’s echocardiogram showed the fluid was accumulating even more so around the heart in addition to his heart not working at the functioning level it should be. We had no choice but to take him into surgery immediately and for him to be put on an ECMO machine. Knowing what I know now, there is something to be said for being naive and how it can provide a shield of protection during the grimmest of times. I was in a state of distress and not fully understanding the pros and cons of modern technology of these machines and how they can help, but also hinder these types of situations. ECMO would help his heart rest, but I also knew after a certain amount of time it could hurt other organs in his body and that the longer you are on it, the higher the risk of other complications arising. That said, Aidan went on ECMO Friday and would not show improvement for 2 days. By Sunday we were informed that a team of doctors From SHANS in Gainesville had been alerted and knew all about Aidan’s case and that the next step would be for him to be transferred there. This is where it gets blurry. I couldn’t fathom why he’d go to SHANS, it surely must’ve been because their machines were the most state of the art and he’d need a few more days at a hospital more equipped for his condition. 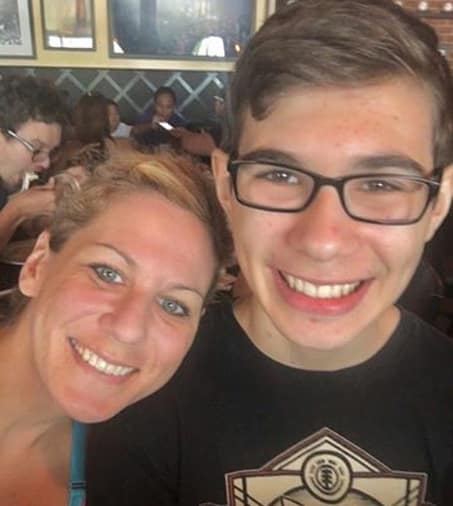 Fast forward… Sunday night Aidan had another echocardiogram. By the grace of God there was a small sign of progress and a glimpse of hope. The next day, Aidan’s echocardiogram came back even better, and a little more hope filled my heart. The next day would be Tuesday and it would be crucial. It would also be day 5 on ECMO and the day they would have to take him off to see what would happen and what the next step would be. Miraculously, Aidan’s heart had improved even more and he was taken off of ECMO by 3pm that day. He seemed ok…. he was stable, his heart was pumping. Other than needing to go into surgery for blood, there were no complications to our knowledge at that point. Aidan was in surgery for maybe an hour. Shortly after, Dr. Langley, Aidan’s surgeon, who I will forever have the utmost respect, admiration, and gratitude for, called us in the room. It was intense and emotional to say the least. Simply put in such a diplomatic but emotional and caring way, he explained the reality of what the team had seen in the future of Aidan’s health when he had first arrived. And then he told us what unbelievable turn of events had actually happened. When Aidan was admitted that first day, his surgeon then explained to us just how severe the reality of the situation was. Our boy was no more than a day away from dying. Had we not brought him to the ER and the hospital not sent him to St. Joes when they did, he wouldn’t have survived. That said, we did get him there and the ECMO did do its job for his body to rest. However; his heart was still so unbelievably sick. He was set to go to SHANS because a heart transplant was the next very real possibility. This had been a plan that they were ready to set in motion. That said, his doctor explained that they don’t see hearts that sick just get better….and especially not in 4 days. It was a moment of disbelief for everyone in that room, and quite frankly he said our boy was a miracle. This was nothing but God and continued love, prayers and faith guiding the team of doctors and surgeons to get him what he needed and where he needed to be at that crucial point in time.

Our boy was out of the woods, he was in recovery. He remained there another 10 days, making progress and healing little by little.

Aidan has been in recovery and home now for almost 2 months. He has had numerous doctors appointments, follow-ups and tests to make sure that he is thriving and all his levels are where they need to be. By the grace of God he is doing outstandingly well. He still takes medication, and cannot do any physical activity, but that is all part of his recovery and will be for at least the next 6 months. His doctor refers to him as “miracle man”.

There is not a day that goes by that I don’t feel a sense of grief but also gratefulness and a new-found faith in God and in humanity. A community of love, support, prayers and faith had formed and wrapped its arms around my child. Aidan became everyone’s child, and as traumatic of an experience that we endured it was beautiful and humbling at the same time.

This will forever be a turning point in our lives. I will forever be grateful because I know not everyone gets a second chance with their babies. I am so humbled by this blessing and am certain Aidan is destined to do great things.