Woman Continues to Live with Symptoms of Myocarditis

Alice is Thankful for Her Doctors, Friends and Family 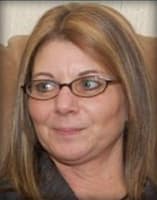 On July 6, 2010, it was just another normal day – I enjoyed a morning bike ride. My daughter came home from school and I promised we would go to see the new movie, Twilight. I remember feeling like I might be catching a cold.

We headed to Chilliwack BC, to get a bite to eat before hitting the movies. I tried to have a cigarette, but I had this weird feeling that I couldnt inhale. I tried to eat; I couldnt get a bite down, so I told my daughter that we needed to go home so I could lie down.

As we approached home, I began to feel pressure in my chest. While I lay on the couch, the pressure became so intense, like a semi-trailer was on top of me. My daughter kept saying Mom, let me call 911, and of course, I kept saying no. Then I started to feel sharp pains shooting through my back, and my face and neck felt stiff. The pressure and pain got worse; I was having difficulty breathing and my daughter called 911.

At the hospital, numerous tests were performed and I was told I had had a heart attack. Arrangements were made to send me to a hospital in Burnaby, BC for an angiogram. One week later, I had the angiogram and the cardiologist said my arteries looked fine, but I had myocarditis. My first question was What is myocarditis? They said, It is an inflammation of the hearts muscular wall. Myocarditis can occur with no symptoms, and is often misdiagnosed. The doctor said I was very lucky, as A very large percent of people who get this disease do not know theyve had it until found later on an autopsy. Inflammation occurs when there is an infection and the body sends more blood to those areas to fight the infection.

I was released the following day with instructions: strict bed rest, no sports or anything strenuous, no cigarettes. Five weeks later, my ejection fraction (heart function) was 50%, and I still had the infection, but it was going away. I was told I could not go back to work yet, but should gradually work on getting my energy level back. It is now May 2011 and I am back working, but find that I get tired easily and if I lift something heavy or do strenuous activity, I get a little warning sign?sort of a flutter in my heart. I thank the wonderful doctors who took care of me, and the many friends and family who continue to pray for me.