Vibrant and Beautiful Young Woman is Lost Tragically to Myocarditis

As told by Ashley’s mother,?Kathy Burgauer 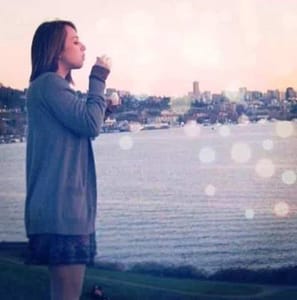 Ashley Burgauer, 27, was a registered nurse, a daughter, a sister, an aunt, a cousin and a beautiful friend to many, whos life suddenly ended one Thursday afternoon to a disease we had never heard of.

Ashleys immune system was weak, but she always overcame any virus that came along. Ten months before Ashley died, she started to get sick on a regular basis, with viruses that would a healthy person could fight off. She continued to stay strong in spirit and mind trying to deal with never feeling good and tired all the time, with regular visits to her doctor. She had complained of abdominal pain, which her GI doctor thought it could be an ulcer flaring up again and ordered up an endoscopy for the next week. That endoscopy never took place as she died two days later.

Ashley had stopped over with her dog to visit on that Thursday morning and make plans for the Labor Day weekend. My husband and I had plans to be out of town that day and when we left we told her good bye and would see her later that afternoon to pick up her dog and would meet her at our lake home. When we got home that afternoon her car was still in our driveway and upon entering our home, thought she was taking a nap, which was not unusual for her to do. Much to my horror, I found her unresponsive in our bed. She was taken to the hospital by the EMS and pronounced dead.

Nine weeks later the autopsy reported she had died from Myocarditis. Our world as we knew it has changed, but my desire to make people aware of this disease has become a passion of mine. Honoring Our Friends With Big Hearts