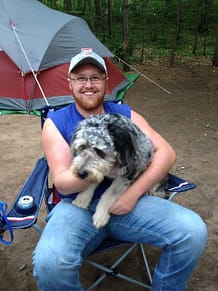 Brandon’s life was cut short exactly one month prior to his 21st birthday.  From a young, healthy, hard-working man coming home early from work on Tuesday, March 9th, 2021, with flu-like symptoms to dying in his sleep in the early hours of Thursday, March 11th, 2021. He rested Tuesday making sure to keep up on fluids. Wednesday was similar with one mention of a headache. Brandon was not feeling the best but it was nothing too alarming. At 6:00 p.m, he had a nice talk with both of us. By 11:00 p.m. on Wednesday night, Brandon was once again in the bathroom. I stood in the hallway and asked him if he was okay. He said he wasn’t feeling much better and we discussed making a doctor appointment in the morning. At 6:30 a.m. on Thursday morning, I thought it would be good to bring him some Gatorade and water, but what I found was unimaginable. Our worst nightmare had happened. Brandon was gone, almost 7 hours after last talking with him. After three agonizing months of waiting for autopsy reports, we found out that Brandon had passed away from Acute Myocarditis which was caused by a viral infection.  Both the right and left ventricles of his heart showed inflammation.  Through discussions with the coroner, we believe Brandon passed away between 12:30 a.m. and 2:00 a.m.
Brandon was an incredible young man who had lots of ambition and goals in life. He was a 2018 high school graduate and a 2020 technical school graduate. Brandon was hard working, sometimes even working two jobs. He had a passion for hunting, fishing, four-wheeling, and farming.  He loved spending time with family and hanging out with friends. Genuinely and quietly, Brandon was always helping and giving to others. He touched many people’s lives.  It was evident by the 400+ people who came to pay their respects at his funeral. We plan to continue Brandon’s gift of helping and giving to others by offering two memorial scholarships at his high school alma mater.
We talk to Brandon every day and wish somehow that this wasn’t the truth we have to live with. His strong and loving spirit is around us all. We feel it every day, but our family deals with unfathomable pain because he is not physically here with us. We do not get to enjoy the good that was to come, for him to get married and have a family of his own, for us to spend time together and laugh and hug. Brandon does not get to fulfill his dreams. A good man, ready to help and contribute to the world was taken way too early! We miss our amazing son, our daughter and son-in-law miss their brother, and our family misses their grandson, nephew and cousin. His friends were many and they too, miss him dearly.
Brandon had the greatest smile and the most contagious laugh. He lived in the moment and fully enjoyed his short life. We want to keep Brandon’s memory and name alive. In his honor, we have started a Brandon Groh Memorial ATV Ride to raise awareness about Myocarditis, a disease we had never heard of.  We want to share Brandon’s story so that others can be aware of this disease and discuss it with their doctor. By donating the proceeds to research, our hope is that one day there will be a cure!
Share it on:
Prev
Next