Young Woman is Taken Suddenly, Leaving Loved Ones to Remember Her Many Life Lessons She Lived Her Life By

“All I can do is my best; Im not going to stress about it” – The Motto of Dominique 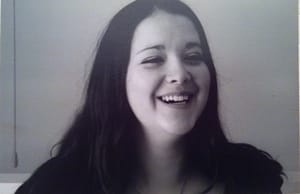 “Good night Mom”. Ok, See you tomorrow and don’t forget you have to pick your brother up”. But, tomorrow never came .She had no visible signs or symptoms and seemed fine. She didn’t wake up that morning on April 16, 2013. The paramedics and everyone tried their best but she was long gone. We were in shock and disbelief as to how could this happen? What happened? How could we not notice anything was wrong with her? It wasn’t until the coroner came to our house and told us that she died because of Viral myocarditis and there was nothing we could have done that things started to come together. What made it worse for us was knowing that this is the #3 killer of young people and still little is known or can be done about it. Dominique was such a beautiful young woman who had so much to offer to the world.

She was an angel in disguise. But for most of the day phrases like: kindest, sweetest, laughing, smiling, easygoing are the words that come instantly to mind.

Her story began just over 20 years ago in Victoria BC on Feb. 1, 1993. Nikkis birth was something of a struggle, shaping the personality of this special soul. Nikki wasnt ever in a hurry to do things according to some worldly perceived norm; she was 4 before she bothered to start talking; I guess she had nothing to complain about up to that point. For her entire life, Nikki lived with absolutely no sense of time; other than she really didnt like having to wake up in the morning.
The greatest lesson that Nikki learned in those early years in school; stuck with her to this very day; asked how she did after her last set of exams her response was: All I can do is my best; Im not going to stress about it.

Nikki loved Christmas, and Halloween more than any other holidays.
The things that Nikki loved the most aside from people: would be her cat Humpy; anything Japanese like anime, sushi, clothing and art; British TV mysterys like Miss Marple and Poirot. To quote, Nikki, the British do it so well. She loved going on line and could stay up all night writing poetry and short stories. She also loved drawing and music.

Dominique had a certain dramatic flair about her own responses to life. Being called away from something she was into would most certainly be met with a sigh of ” Are you serious”, loud enough to be heard throughout the neighbourhood. If she was genuinely ill, everyone in the house would know just how terrible she was feeling. Dominique always said whatever she was feeling; the absolute truth at all times; which certainly could be a little disconcerting if you werent familiar with her.

Dominique’s life is just chock full of great life lessons; about loving people, giving hugs, being cheerful, doing your best, not stressing; the list goes on.