I lost my first born, handsome, intelligent, creative, sweet, soft spoken, kind, 20-year-old son Evin, on 01/01/19 suddenly and unexpectedly. As a small child and up until his teens, he was always creating random things out of household items with working mechanical functions and all. He received various technology awards while in elementary school and middle school for excellence in computer technology. 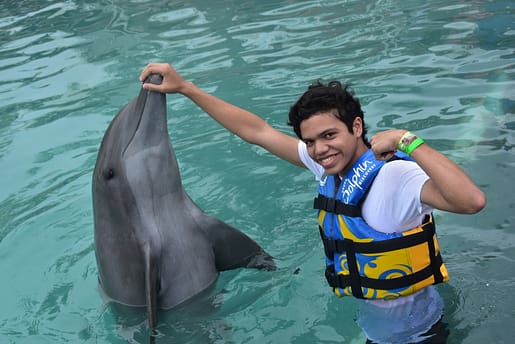 He obtained a Cisco Comptia A+ certification before he graduated from high school and built his own computer from scratch soon after. He loved to draw and spent a lot of his free time creating beautiful drawings for himself and some at the request of his friends which he would give to them as gifts.

He also had a talent for cooking. From very young, he showed an interest in cooking and spent a lot of time in the kitchen with me creating delicious recipes and specialty drinks. In fact, Christmas of 2018 was the last specialty drink he created for the family. My son came back home from Kansas on Nov 13, 2018 so that he could spend the holidays with us. He was planning on moving to Kansas, to be with his girlfriend, in just a couple of months. He arrived with a little cold, nothing major. It cleared up about 1 week later and he seemed fine. He

spent Thanksgiving and Christmas with the family and still seemed fine. He even attended a get together at my parent’s house on 12/29/18 for my cousin who arrived from Chicago for a visit. He was laughing, playing dominos, listening to music and even grilling that day. We spent the entire day there and drove back home late that night. When we arrived home, we said good night, he mentioned that his left shoulder hurt but we didn’t make a big deal about it as he lifted weights. He went to bed. Little did I know, that would be the last time I would see my son.

His younger brother found him lying face down in his bedroom with his cell phone next to his hand, just 3 days later. The medical examiner explained to me that acute viral myocarditis took my sons life and that he must have got it from the last cold he had because it happened quickly. The reason she knew that it progressed quickly was because he did not have any symptoms before he passed away and his heart was perfectly normal. The only reason she knew it was viral myocarditis was because she found the cells invading his heart when she tested it under a microscope. She explained that these cells that were supposed to attack the cold, invaded his heart and began attacking his heart as well. This caused his hearts rhythm to go out of control and cause cardiac arrest. I could not believe it!

My son is gone? Acute viral what? From a common cold?

My heart breaks every day for the life and future my son lost and for the life and future our family will never get to experience with him. He was my life and soul and will forever be on my mind and in my heart. Not a day goes by that I don’t think about him, we miss him tremendously. We have always been a close-knit family and his passing has left a huge void in our entire family’s lives. We love you so much Evin!

I have faith that we will meet again my son. My family and I hope that sharing Evin’s story will help raise awareness that this silent killer does exists and it can strike anyone at anytime with no warning at all. It is our hope that further research will help put an end to this devastating condition so that it does not steal another life.