Before this date, Gracie was happy, healthy and rarely sick. We were in the back to school routine and suffering with the usual back to school cold and cough that was going around. We took our children to the pediatrician where Gracie was diagnosed with the croup and given an oral steroid medication to help her breathing. Everyone else seemed to be getting better, but Gracie seemed to get better for a day and then she took a turn for the worse. Gracie’s cough was worse, she was vomiting and she was very very tired which was unusual for her. She did not have a fever. She would be sitting on the couch and just fall asleep and was hard to wake up. We were worried so we took her back to the pediatrician. They told us they wanted us to go to the Emergency Room (ER) and get some tests done as they were worried that she was so sleepy. We took her to the ER and they ran some tests and started an intravenous line (IV). They told us they thought she might have pneumonia. We thought we would get antibiotics and go home and that is when our journey began. 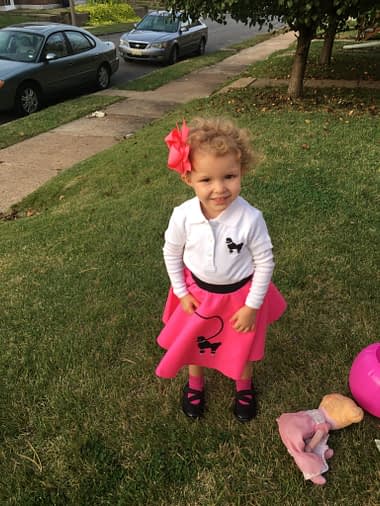 The next thing we knew they told us they were going to transfer her to Saint Louis Children’s Hospital. We knew at that moment that things were very serious. They immediately took us to Children’s Pediatric Intensive Care Unit (PICU) and then things took a turn for the worse. Gracie’s room filled with doctors and nurses and they took us out of her room and down the hall. Gracie had gone into cardiogenic shock and cardiac arrest. She was diagnosed with viral myocarditis and tested positive for the corona virus. They put her on ECMO and a ventilator and told us they did not know what her prognosis would be. They said that if she did get better that she may need a heart transplant. She had so many IV lines and medication pumps it was hard to count. We prepared ourselves for the worst and we prayed. She was put in the Cardiac Intensive Care Unit on ECMO for 5 days and a ventilator for 6 days. Those were the longest days of our lives. We prayed and prayed and God answered our prayers. Gracie was getting stronger and they took her off of the ECMO and the ventilator and gradually off of her medications. After several weeks in the Cardiac ICU and weeks of physical and occupational therapy, Gracie was getting stronger each day. Gracie had to get her strength back so that she could walk.

Gracie is our little miracle and was able to finally go home . Her doctors are very hopeful that she will have no lasting effects from this terrible illness. We are so thankful to God and our wonderful Children’s Hospital, all of the doctors, nurses, staff and resources that the hospital had for us. We are so blessed to have Gracie with us today and to have the support of our hospital, friends and family. We will never think of a cold the same way again.
We want to share Gracie’s story to raise awareness of this horrible illness that we had never even heard of. We hope and pray that through raising awareness and funds for research, that others someday will not go through what our family went through.