On April 16, 2004 God breathed life into a precious baby boy.  He was named Jaylyn Deandres Harris. Jaylyn was a happy baby; his smile would light up any room. He loved to dance, and sing church songs with his mommy, he would also correct her if she sang the wrong note.

At the beginning of July 2008, Jaylyn began to experience cold like symptoms and also multiple ear infections. I took him to several different hospitals, and they all agreed that he had an ear infection. They prescribed him antibiotics and discharged us. 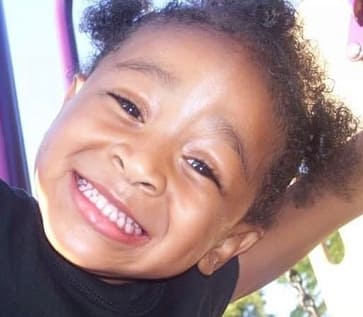 On July 15th he ran a fever all night and was very tired. I drove from our hometown to get a second opinion at a hospital near my grandmother. On our long ride, down the dark highways, I’m not sure what made me, but I kept putting my hand on his chest to make sure he was breathing. I played our church music and we arrived at the hospital at 12:35am. They had us waiting in the waiting room for quite some time, there was a nurse that we knew from church, that checked on us often, and gave him acetaminophen.  We finally made it back to the doctors, and I felt like they would tell me something different, but they also said it’s an ear infection and it has to run its course. I decided not to go back home, so we went and spent the night at my grandmother’s house.

The next morning, I went to class, and Jaylyn stayed with my grandmother. She called me and told me I needed to come back to the house, because Jaylyn was still sleeping and that was not like him. I immediately felt horrible for going to class and I began to question everything. On my way there I called an Ear, Nose, And Throat specialist and she was able to see us the same day. When we arrived at her office, she examined him. He still was sleeping. She stated that his ears were totally normal , and that I needed to take him back to the ER. She said she wanted to call the ambulance, but I chose to drive instead. The doctor wrote a note for me to give the ER physician, and it stated, “No signs of Ear Infection”.

I got to my car and called my mom. I told her that she needs to meet me at the hospital. I parked the car, and I asked Jaylyn, if could he walk, and he said yes. We walked in the emergency room holding hands. This time the nurse took us straight to the doctors. They attempted to put an IV in his arm, and they couldn’t find a vein, I knew something was wrong, because normally he would cry, but he just laid there. Several different nurses and doctors came in to check on him. Every so often he would make a loud noise and tell me that his stomach was hurting. I went on the side of his bed, and said “Mommy loves you”, and he told me he loved me too. They asked him what was wrong with him, and with his weak voice he replied, “Why do they keep asking me the same questions over & over again?” We laughed , and they stopped with the questions.

Around 7pm Jaylyn began to have a seizure. My mother and I tried to control him, but we couldn’t so I ran out the room and the doctors rushed in. My mom and I were hysterical.

They took my mom to the chapel to pray, and they kept me back there in the room next to him. I told the nurses I had to call his Stepfather and tell him that Jaylyn isn’t doing well. I was explaining to the nurses that Jaylyn was my very best friend, and I can’t live without him. Soon after that the nurses came into my room and asked me if I wanted to be in the room for the last minutes of resuscitation. There were so many doctors in the room. I begged Jaylyn not to leave me, I begged God to fix it. I begged the nurses to take me instead. They called the time of death @ 8:15pm, and I dropped to ground and screamed and cried. I still didn’t believe this moment was real.

Jaylyn Deandres died 12 years ago, at the precious age of 4 years old. We found out through autopsy, that he died from Myocarditis. The medical examiner told me his heart was badly damaged.

Every time I think of Jaylyn, tears fall, because I’m starting to believe I forgot what his voice sounds like, and there are days when it feels just like the day that I lost him. Every day I need a different level of strength to make it.

Since then I’ve created a Group in Evanston, Illinois for people who have lost children. It blesses me and so many other parents that have to experience life without their child.

“The lord giveth and the lord taketh away but blessed be the name of the lord.” (Job 1:21)