Our family wants everyone to hear Jeremy’s story. We don’t want another family to lose someone they love to this disease.

On September 11, 1987, our brother and my parent’s only son was born. Jeremy was a mischievous, good natured child. He had a knack for getting out of his car seat as a toddler and a tendency to climb extremely tall trees. Jeremy always did things in his own way, whether that was wearing cowboy boots with shorts or building forts in the middle of the desert with his friends. Jeremy was a natural athlete and was generally good at any sport he tried, but settled on football in high 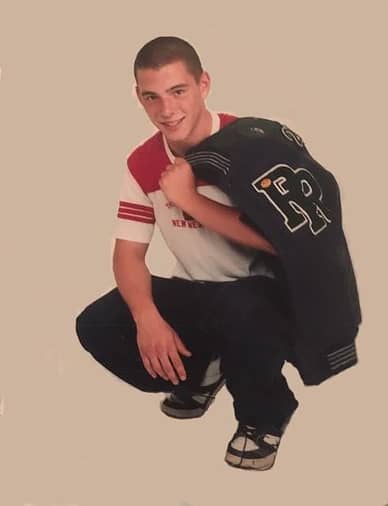 school. Jeremy was friendly, goofy, thoughtful, and honest with a bit of a rebellious streak. He worked throughout high school in the restaurant industry and later in different industries and positions making friends pretty much anywhere he went. In late October of 2016, Jeremy came down with what he first thought was the flu. He still worked and hung out with friends. He expected to be better in a few days, but his symptoms only intensified. Jeremy resisted going to the doctor because he was sure it was just a flu and would run its course soon. A week passed and Jeremy was still feeling very ill. After a lot of convincing he said if he didn’t feel better he’d go to see the doctor the next day. Jeremy passed out in the bathroom that afternoon and his dad took him to the emergency room where the E.R. doctor discovered that Jeremy’s heart wasn’t working properly. Jeremy was immediately transferred to the ICU. It was in the ICU our family first heard the word “myocarditis” and what was going on with Jeremy’s heart. Within hours it was determined he was “the sickest patient in New Mexico” and the ultimate goal

was to get him transferred to a hospital that could care for someone in his condition. Jeremy’s heart began to struggle more and it was decided he’d be put into a medical coma and would need an ECMO machine to help Jeremy’s heart circulate blood. From there the medical team and his family searched for a hospital that could accommodate him as well as a life flight team that could transport him to another state. This process took almost a week. Eventually, Jeremy ended up

at the University of Colorado hospital in Aurora, Colorado. Jeremy spent almost two weeks in the cardiac ICU. Jeremy’s condition in Colorado was a roller coaster of ups and downs , his condition would improve and worsen daily, sometimes multiple times in a day. The goal was always to get Jeremy healthy enough to get a heart transplant. Unfortunately, his kidneys and liver began to show distress and eventually to shut down despite the medical interventions. He went into septic shock and medications did not seem to help much. On November 21, 2016 Jeremy had a series of strokes that rendered him unresponsive. Over excruciating discussion his family decided to set Jeremy free on November 22, 2016. His fight was over. Jeremy was just 29 years old when he lost his life to myocarditis. He was strong. He was a fighter. To this day, we have a hole in our lives that can never be filled. A disease we had never heard of took our brother, our son, our friend away from us. Our family wants everyone to hear Jeremy’s story. We don’t want another family to lose someone they love to this disease.