I started running at 22 to help ease my post-college anxiety and fill the time I had while looking for a job. I instantly fell in love and within 2 months I went from running half a mile at a time to 5 miles a day. Yet, it took me 3 years to work up the courage to train for my first race, and at 25 I set a goal to complete my first half marathon.

Coincidentally, the race was to take place on the morning of my 26th birthday. I imagined myself crossing the finish line many times throughout my training. The sense of pride and accomplishment was so palpable I could almost taste it. Yet that day never came. Throughout my training, I began to develop horrible fatigue. After every long run, I would need to nap and felt extreme weakness, tiredness, and an overall feeling of unwellness. I had never trained for a race before, so I just assumed it was “normal”.  No amount of food or hydration would make me feel better, but I still wasn’t concerned. My fitness level was decreasing, and my pace was also becoming worse, not better, but again I just assumed that was due to this being my first long-distance race. 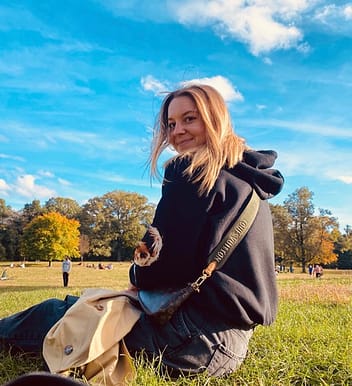 Soon, I started developing more severe symptoms. I became so dizzy after running that I would sit down to prevent myself from passing out. A week out from the race I was nearly bed-ridden and had developed a 104-degree fever. My stubborn nature and will to succeed led me to run my last training race incredibly ill and from there my condition worsened.

I visited my primary care doctor who suggested I pull out of the race due to these unexplained symptoms while we assess my condition further. I am grateful every day for the potentially life-saving recommendation, as we did not know at the time that my heart was surrounded by fluid.

It took 5-6 weeks of testing and ruling out various other diseases before I was finally recommended to see a cardiologist. In the meantime, my physical fitness had declined completely. I went from being able to run 10 miles to virtually none in two weeks’ time. My symptoms eventually extended beyond exercise, and everyday tasks such as climbing stairs or walking became difficult too.

Despite my age, my cardiologist insisted he took my symptoms seriously and performed all the necessary tests. I was then diagnosed with myopericarditis and put on a regime of high-dose anti-inflammatory drugs and rest.

That summer I continued to feel weakness and fatigue and a follow-up cardiac MRI in the fall showed a moderately-sized pericardial effusion, though the myocarditis had gone away. I narrowly avoided a pericardiocentesis due to my age and was then put on colchicine which I still take today, 5 years later. This disease has been crippling at times, both mentally and physically, and unfortunately, my condition became chronic.

I’ve had multiple relapses and taken 2-3 rounds of steroid treatment as well in the last 5 years, but I’ve worked hard to balance a normal life and the things I enjoy with my health. I have been stable enough over the last 3 years to return to my running routine, though I cannot always do what I once did, I try my best to be grateful that I can do anything at all. Struggling with an invisible illness can feel isolating and mentally taxing at times and I hope to make a difference in sharing my story to let others know they aren’t alone. I have learned a lot throughout the recovery process and I am grateful for my doctors, family, and friends who are relentless in keeping me healthy and happy.

My dream is to successfully complete 13.1 miles this March after my 2nd attempt to run the NYC half was canceled due to COVID in 2020.