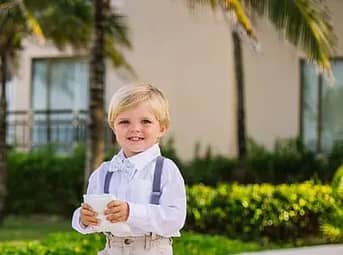 Knox Peterson Schwarz was a vibrant, joyful, and loving 2 1/2-year-old boy. He loved chasing after his big brother and sister and swinging at the park.

A stomach virus had been going around our school and two members of the family had already gotten it, so we were not surprised when Knox threw up a couple of times. He was fine the next couple of days, and then vomiting returned along with diarrhea. We kept him resting and gave him plenty of fluids to keep him from getting dehydrated. That night, he seemed much better as his vomiting and diarrhea stopped. He did seem more lethargic than usual and went to bed early.

The next day he continued to improve, or so we thought. He even ran around a little and played with his siblings even though he seemed a little more tired than usual. That night, Knox fell asleep on the couch while we were watching a movie as a family. He was breathing heavier than normal with a strange sound but we thought maybe he was just congested. He had a doctor’s appointment scheduled first thing in the morning, so we thought we could ask her about this then.

In the middle of the night, I woke up to change Knox’s diaper and his breathing seemed to be more labored. I knew something was wrong and took him to the emergency room immediately. The doctors were concerned with his oxygen level and high heart rate and admitted us. They started treating Knox for pneumonia, giving him I.V.s with antibiotics and oxygen. He eventually had to be put on a a ventilator to try and improve his oxygen. The doctor decided to give Knox an EKG on his heart and the result was abnormal. He consulted with the cardiologist, and for whatever reason decided against giving him an echocardiogram. It wasn’t until hours later, when Knox’s condition started to deteriorate, that they finally performed an echo- cardiogram. The doctor was finally able to see that Knox had an enlarged heart and suspected myocarditis. They wanted to transfer us to the local children’s hospital that had an ECMO machine to keep him on heart and lung support. Knox was never stable enough to be transferred and ended up passing away after an hour of chest compressions.

We will never know why the doctors decided to cancel the first echocardiogram that was sitting outside his room, ready to be used. We will always wonder if, had it been detected earlier, this may have gotten him to the hospital with the ECMO machine in time to save his life. We are still awaiting official results from the medical examiner, but his preliminary cause of death is listed as myocarditis, something we had never even heard of before that November day.

We will always miss our beautiful and vibrant boy. His love and joy lit up our lives. We hope to set up a foundation in his honor asking people to do random acts of kindness in his name.