A Mother’s life was changed forever… 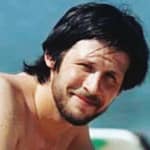 On November 22, 2015 this mother’s life was changed forever. In the still of early morning, I knew the piercing sound of the phone carried disturbing news. I just didn’t realize how bad. At home with his girlfriend, my beautiful loving son, my only child was struggling to breath. Within minutes a caring, fun loving man– a friend to so many – had his life cut short and took his last breath. He had just turned 31 in September. The hopes and dreams we shared for his future came to an end.

The week prior was like most weeks. My son spent his last week busy at work as a General Manager of a restaurant, followed his beloved NY Knicks, had dinner at his favorite restaurant with his girlfriend, getting ready for an upcoming poker tournament and making plans for Thanksgiving. He was especially looking forward to spending time with his aunt, uncle and cousins. How would I know at the time, that his wish to spend time with them would come true, but not in the way any- one would imagine. Not a family member missed that Thanksgiving Day as we said our goodbyes.

It was hard to comprehend. Lee was young and healthy. The only thing he did complain about in the days prior was stomach problems due to either eating something spoiled or maybe the stomach flu. But he carried on as usual. At the time of his death even the ER doctor was stunned and an autopsy was immediately ordered. However, it was not until seven months later that I learned that his death was due to Myocarditis, something I had never heard mentioned before. What is it? And why did it happen to Lee.

Lee had the ability to light up a room and lift your spirits. He brought joy and laughter wherever he went. He lived with passion, humor and an amazing spirit. He touched the lives of all who knew him – family, friends and casual acquaintances. One friend stated that he was one of the nicest guys you would want to surround yourself with. Although his absence is felt, his ever present love of life will go on in everyone who knew him.

I found this poem in a box in the garage two weeks before he died – he was in third grade when he wrote it. It describes Lee’s outlook on life so perfectly-

Life is Happiness, fun and exciting
You can see the pretty flowers,
You can feel the heat of the fire in your fireplace,
You can hear the birds singing
You can play all day.
What can’t you do in life?

In memory of my son, Lee Andrew Hirsch, I will turn my efforts to raising funds for the Myocarditis Foundation so they can continue to raise awareness and conduct research.