In December of 2016, I was an active, healthy 59 year old wife, mother of two grown children, and an occupational therapist working with special needs students. I had low blood pressure and low cholesterol, and my heart was the last thing I thought would give me trouble.

The day before New Year’s Eve, I went to a retina specialist to examine what my optometrist thought was scarring from a prior operation. The specialist was alarmed at the fluid he found behind my retina, and insisted I go that day to another specialist. The second specialist discovered a large mass of fluid behind my right eye, which he said was indicative of a major disease. I had several body, eye and head scans immediately, but nothing was found. 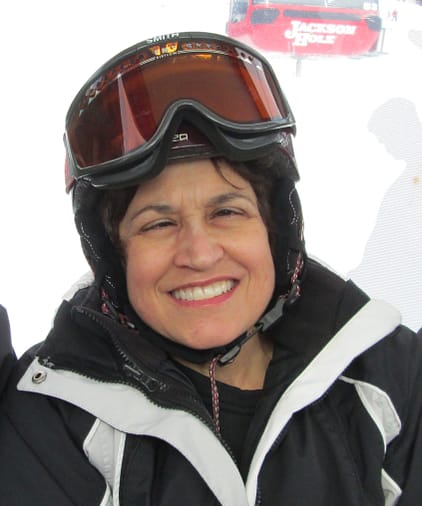 On Jan 5, I fainted briefly at home, and the next day I lost consciousness driving to work. I was taken to the hospital and had a Code Blue during the diagnostic cardiac catheterization procedure. I was revived, and the hospital determined that I needed a pacemaker. I had no awareness of the Code Blue, but my husband was understandably very upset, hearing this in the waiting area. Interestingly, the doctors said my arteries were “perfect”. The next 7 weeks I was back to normal. The weekend before Feb. 23, I had a minor cold and felt slightly draggy. I was watching television when the pacemaker clinic called and said my EKG from the bedside remote monitoring system looked bad, and I should get to the hospital right away. I wanted to finish watching my TV show! But that remote monitoring system saved my life. After going to the nearby ER I was sent to Brigham & Women’s Hospital in Boston, where I was diagnosed two days later with a cardiac biopsy. A Giant Cell Myocarditis (GCM) specialist was brought in for consultation.

I was in ICU and the step-down unit for two weeks on massive steroids, immunosuppressants and anti-arrhythmia medication, among others. Several pounds of fluid were drained from my body. I had GCM, tachycardia, a complete heart block and congestive heart failure. The part of my heart that controls the electrical activity was damaged. Luckily, I had no pain and was conscious through it all. No other organ systems were affected. Before I went home, on March 9, my pacemaker was removed and replaced with a combination defibrillator/pacemaker.

It is now August 2017 and my ejection fraction has gone from 30%-45%. I have regained a great deal of my endurance and stamina. My biggest difficulty is side effects from my many medications, but they are being eliminated or slowly decreased. I am here today because of the best medical care in the world, and the incredible love and support of my husband, family and friends.