On March 31, 2019, my husband and I lost our oldest child and only daughter to Myocarditis.

Half-way through the day on Friday March 29, Mary Elizabeth (we called her M.E.) had fallen asleep 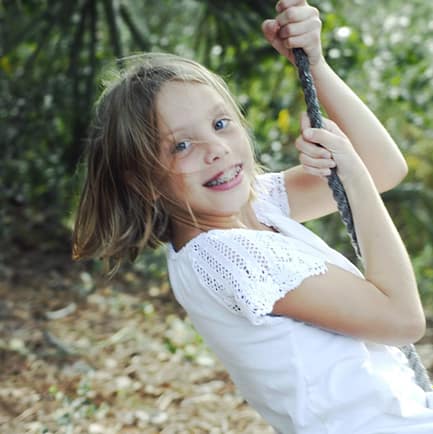 during our daily rest/nap time, which was uncharacteristic of her. When I went to check on her, she was complaining of her stomach and head hurting. She had been perfectly fine during that Friday morning and through lunch time. She helped me with one of her younger brothers that morning while I grocery shopped by pushing him in his stroller and even helped me get some things from my list. She was being normal M.E. , nothing seemed awry.

As Friday progressed, she wasn’t feeling any better and even skipped dinner. We were having spaghetti which was one of her favorites. Friday about 10:45 pm she vomited one time and even said she felt a little better afterward. My husband and I simply thought she was coming down with a stomach bug. At one point she was asking for food and even ate some and drank some throughout Saturday. Sunday morning, she wasn’t feeling much better. She had even complained about her chest hurting some late Saturday night/early Sunday morning. She was a healthy, active child and I attributed the chest pain to her being stationary in her bed and even from vomiting.

Later Sunday morning, she was complaining of being hot and was sweating. I closed her blinds and curtains in hopes of cooling her room down some. Shortly after, my husband noticed her breathing rapidly and brought it to my attention. We took her temperature (which was on the low side) and then I grabbed the pulse oximeter that I have for when my 2 boys are having asthma flares. Her heart rate was in the upper 100s/lower 200s. Her oxygen level was in the 80s/lower 90s. Knowing what I know from my boys’ asthma, I knew that there was something wrong with our sweet M.E.

My husband put her in his truck and took her to the emergency room. Her blood glucose was 302 and they suspected she had diabetes. They took her back quickly and began treating her. While talking to my husband, he was telling me that they were intubating her to help her breathe. Neither one of us knew how serious her condition actually was.

A short time after, I talked to my husband again and he told me that she was gone. I was in shock. I was in disbelief. How could this be!? Not my little girl. She was healthy and she was active. She was only 9-years-old.

As time went on, we researched to try to find answers ourselves so we could know what it was that took our little girl from us so quickly and unexpectedly. We suspected Myocarditis based on our research and several weeks later we received a call from the coroner and our suspicions were confirmed: Lymphocytic Myocarditis.

We still don’t know the pathogen that caused this (and we may never), but I believe it may have been the cold she had the week before. A cold. A cold killed my little girl.

When we found out that it was in fact Myocarditis, I promised that I will make a difference by educating people on this terrible disease and raising money for the Myocarditis Foundation in honor and memory of my baby girl.