He was only 21 years old. He was brave. He was a fighter and a warrior.

He died a sudden and tragic death due to myocarditis. His name was Ryan and this is “His” Story.

On May 31, 1995 I was blessed, when I gave birth to my son, Ryan McArthur. He was a perfectly healthy and happy baby boy. Ryan was highly intelligent, studious and self-disciplined in high school. He graduated on the Honor Role, and was destined for success in his future. While in school, Ryan still found the time to learn how to play the drums, hold down a part-time job and coach a flag football team. He was very active, very healthy and very athletic. With Ryan’s hard work, dedication and commitment to his academics, he was named to the Dean’s Honors List and graduated Mohawk College at the top of his class, in May 2016. 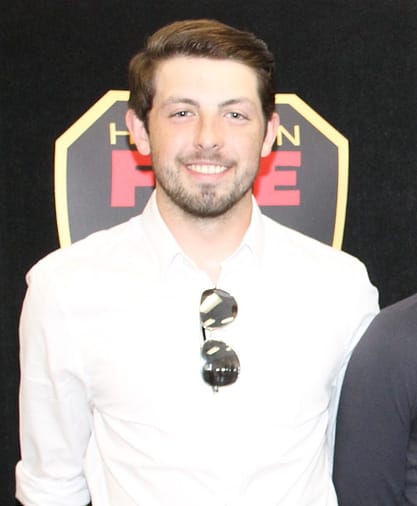 The week of June 13, 2016 Ryan caught a head cold, with common flu like symptoms. He rarely ever got sick and never complained. He stated that he was just feeling tired and had a “cold”. In subsequent days he carried out his normal activities…played baseball with friends, went shopping for clothes, got a new haircut, still “fighting his cold”.

At 6:20 am, on June 22, 2016, our lives would change forever. We heard a loud bang on the floor of Ryan’s bedroom and a cry for help. “Help me! Help me!” We ran into Ryan’s room and found him on the floor. We called 911 and rushed to the hospital. Upon arrival they did an extensive medical history. He regularly worked out at the gym. He never drank alcohol, did drugs or smoked a day in his life. How could this be happening?

The waiting at the hospital was excruciating. After what seemed like an eternity, the doctors gave us an update. A blood clot had broken away from Ryan’s heart and traveled to the left side of his brain. He required emergency brain surgery to repair the clot. The surgery was a success. However, Ryan remained in a coma for 18 days following the surgery. We prayed that he would wake up. And on the morning of July 11th, Ryan opened his eyes and smiled!!

We were also told that Ryan had the heart of an 80-year-old and it was functioning at only 10%. We were told that an airborne virus had attacked his heart and that Ryan had a tough road ahead. We had so many questions. We were so confused. How could this happen to such a healthy, happy and bright young man with his whole life ahead of him. We were devastated.

Ryan spent the next 4.5 months in the ICU. He fought daily and he never gave up. The plan of care, was always to get Ryan strong enough for a heart transplant. Ryan’s determination never faltered. He never gave up hope. His progress in the ICU was remarkable. He was called, “The miracle of the hospital”.

Unfortunately, Ryan’s health deteriorated the last week of October, 2016. His heart could no longer hang on. It wasn’t strong enough. And Ryan took a turn for the worse. On Ryan’s last night, he was surrounded by all his family. I put my hand on his chest and I felt his heartbeats drop, one by one. I saw a tear roll down his cheek, from the corner of his eye. His heart stopped and within seconds it started again. I thought God was giving him back to us. He continued to fight, right to the end. The doctor unplugged the heart monitor, and I felt Ryan’s heart beat one last time. That night, my heart broke as well.

We love Ryan so much. We want everyone to hear about his courageous battle with this horrid disease. As a mother, I would have changed places with my son in a moment. I asked God to “ take me instead”.

I want no other family to ever go through this experience. Myocarditis took our healthy, happy, amazing son away from us at only 21 years old. He never got to fulfill his dreams. He never got to fall in love, to get married or to start a family. He had so much potential. So much talent. So much to look forward too. His life was cut short by this disease and our lives will never be the same. We want to keep Ryan’s memory alive forever.

Ryan’s favorite inspirational quote by Tom Brady of the New England Patriots…
“I didn’t come this far to only come this far, so we’ve still got further to go.”