As told by Sergei’s Family

Sergei was a force to be reconned with. A man ahead of his time. At 37 years young, he was on a lightning speed path to obtain his doctorate in education, raise his three very young children with his wife Edna, was an elementary school principal and was running for a board position at his local community college. His entire life was ahead of him with so many dreams and aspirations. In a matter of a few days in February 2009, this all ended.

Sergei was the strong and athletic man who never had as much as a cold. Three weeks before his death, he was diagnosed 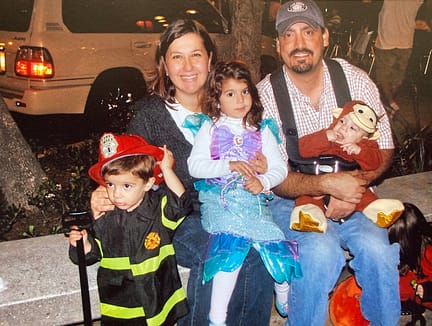 with strep throat during a routine annual physical and then developed a rash. He was treated with antibiotics and recovered. Two weeks before his death, he celebrated his 37th birthday with his family. The week of his death, he came home from work on Monday complaining of a sore throat. On Tuesday, he called out sick from work and stayed home with stomach flu like symptoms. By Wednesday morning, his wife rushed him to the emergency room as flu symptoms worsened. In the emergency room, his kidneys started showing signs of distress and he was admitted to the ICU in the late evening to be monitored overnight. Upon rehydration, Sergei was sitting up telling his wife and her father that he felt better and to go home to their three young children, ages five, three and eight months old, and to return in the morning with some toiletries. Edna was nursing their infant, so it seemed like the best option. The diagnosis out of the ICU was Sepsis and he was being treated with two antibiotics.

His parents, who did not live locally, and his wife called the ICU repeatedly over the next several hours overnight and were told that he was resting well. A short time later in the early hours of Thursday morning, his wife rushed back to the ICU after calling in and was told he “may be” having a heart attack. As she entered his room, she witnessed him physically struggling to breathe. She had one last frantic word with her husband, reassured him that he was not alone and that his parents were on their way. His last word was “water” and his heart stopped.

Following his death, an autopsy was performed. It was determined that Sergei passed away from Acute Viral Myocarditis. To say this is a horrible disease that can go undiagnosed and takes too many lives suddenly is an overwhelming understatement. It took many years to begin to comprehend what had happened to this healthy, athletic, and vibrant 6’3” young father. It is something that his parents, in-laws, wife, and children still try to fully comprehend and accept to this day. His family lost their beloved son, father and husband, and a community lost a future leader, a loss that is still profoundly felt by many. Sergei would have been 50 years old this year. His energy and presence are forever felt in our home and everywhere we look. Thank you to the Myocarditis Foundation for honoring his memory and by allowing us to share his unforgettable story. It is deeply humbling to read each unique story of loss and miraculous survival and to add Sergei’s story to this rare collection.