On Jan 14, 2018 our lives changed forever. My daughter, Shaelee, was 20 yrs. old and a junior at Temple University studying to go to grad school to be a Physician Assistant. Shaelee struggled with some health issues since birth: abdominal migraines and exercise induced asthma. She was home educated along with her brother and played all the township and school sports. At 15, Shae was diagnosed with bilateral hip dysplasia and inverted femurs. She was looking at a double hip replacement while her friends were excite 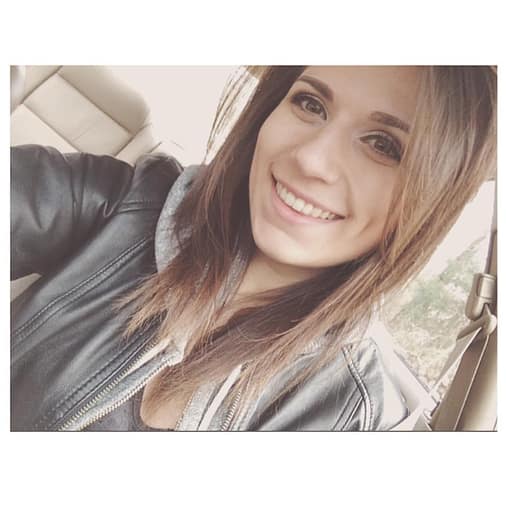 d about getting their drivers permits.

Throughout the year, Shaelee was having multiple invasive hip and femur surgeries; periacetabular osteotomies and femoral osteotomy. Just months after leaving her wheelchair behind, Shaelee was back on the pitching mound and had an amazing comeback season. The quiet poker-faced pitcher, once referred to as the “silent warrior” by her former soccer coach, was now on the pitchers’ mound smiling ear to ear. Life was good again.

Shaelee’s first year in college, she had the pleasure to be a part of the Philadelphia University Softball Team. She was always an athlete, always working out, always pushing herself even in physical therapy.

On December 29th, it’s believed that Shaelee probably had a seizure but played down what had happened in the early morning hours. She thought she had “a little asthma” in the morning and fell back to sleep but when she awoke, her bed was soaked with urine. When she finally told me later in the day, I said, “ that’s not normal” and I called the doctor immediately. Because Shae was 20, the nurse would only talk to my daughter; typical Shaelee, she brushed off what had happened and said she felt fine. Second call from me to the doctor’s office, that same day, and the same nurse who told me that Shaelee said she felt fine now tells me Shae didn’t need to be seen that day, like I was requesting. She told me that she was going to call in an inhaler to the pharmacy for Shaelee to pick up on her way back to college. Because of my persistence, the nurse did finally agree to schedule my daughter an appointment a week later. Shae did seem fine, but I had a feeling something was wrong; never did I think it was her heart though.

On Friday, Shae was on her way to physical therapy, she taps her chest and says to me, “ I feel like I have pneumonia but I feel fine”.  She knew I worried about her constantly and smirked as she told me knowing I would demand she get her lungs checked. Shae laughed and said they were listening to lungs in EMT class the next day and she was fine. Saturday, she attended EMT training all day, called me after her class that she was on her way home, had dinner, and we stayed up late, talking and laughing; she didn’t even appear sick. I gave her an extra big hug and kiss goodnight exchanging our nightly, “I love you”.

Sunday morning, I was getting my morning coffee and a feeling came over me. I ran to my daughter’s room; I knocked, and I just knew. I felt the emptiness as I opened the door, and as I raised my head to look, there was my beautiful daughter, lounging on her bed against her giant Panda Bear, eyes open, with her phone in her hand, legs leisurely out in front of her, with the blanket half across her.

She was gone. I don’t know what happened to me; it was surreal. I touched her face and said her name and realized this was not a nightmare; this was really happening. I fought to get a noise out of me to get help. My 23 year old son came running from across the hall and I will never forget the look on his face of seeing his only sibling, his only sister, dead. He had the presence of mind to call 911 and to start CPR but, sadly, Shaelee was gone. Just hours earlier, Shaelee and I were up late watching tv and laughing at the videos she enjoyed showing me. She seemed fine. She still had the scent of a fresh shower to her as I held her and kissed her begging God to bring her back to me. We had no idea what had happened to cause her to die so suddenly. I later realized her finger holding the snapchat that her friends had sent her that morning …her finger was still holding the snapchat open showing us exactly what time she passed; that her death was instantaneous, no pain, no suffering; like she stepped right into Heaven.

After much discussion and two autopsies, Shaelee’s cause of death was viral myocarditis. A disease we had never heard of but, apparently, she was at high risk for due to the fact that she was a college student and an athlete. If only I had known, if Shaelee had known. Her symptoms were so mild any busy student would easily brush them off. We were thinking lungs, maybe a cold; never did we think it was her heart. If we had known about myocarditis, maybe my Shaelee would have had a chance. But when you don’t know, and your doctor’s nurse doesn’t know, you have no chance of surviving this awful silent killer. I am determined to tell young people, young athletes, coaches, parents, teachers; learn to check your pulse, and when your child has a cold, don’t just check their temperature, also check their pulse. If your child has heart burn, anxiety, panic attacks; check their pulse. Coaches, please think twice before you push the students beyond their limits when they have been sick; check their pulse for irregularities. Myocarditis is a silent killer and it often kills instantly. If only we had known, if the nurse had not brushed me off repeatedly, if I had followed my instincts, if I had known there was a possibility it could be her heart, I would have taken her right to the emergency room and maybe my daughter would have had a chance. When my daughter said she thought she was having panic attacks, anxiety, or heart burn, was it really her heart? We saw doctors for these conditions, and they all said she was fine. That’s one of the problems, healthcare providers brushing off sub-clinical symptoms saying, “give it a few days”. Well, those few days can be your child’s last days. I want everyone to know my daughter’s story so maybe you, or someone you know, will now know, and maybe your child, or their child, will at least have a chance to survive myocarditis and another mom won’t have to go on living a painful life without her child.