Our nightmare started March 2019, but we did not know we were in the nightmare. Shelby went to the hospital because both arms were going numb. Shelby was a production worker, so the doctor advised her it was carpal 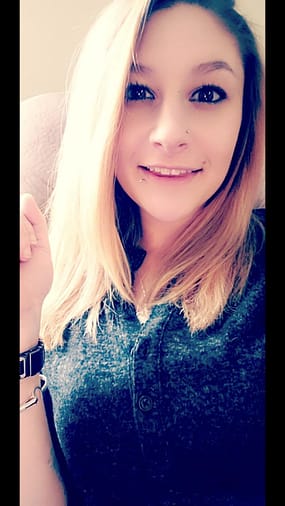 Then, May 23, 2019, she got off work at 6:00am. Little things were happening, but Shelby thought she was just exhausted. She had just worked 36 hours in 3 days. She went home and went to bed, where she stayed all day Thursday and half of the day on Friday. Her boyfriend contacted me Friday afternoon to tell me that he was taking her to the hospital. She was in pain from her waist up, crying, and he didn’t know what to do for her.

I got to the hospital and the doctor advised me her Troponin level was screaming heart attack, but her EKG was saying no. They transferred her to another hospital to get a Heart Catherization done. That test came up negative. They also did a Heart CT Scan and a Heart Echocardiogram, but they told us that we would not get those results until the next day. They admitted Shelby to the ICU on Friday May 24, 2019.

On Saturday morning, we met with the cardiologist. He still was not sure what was going on. The CT and the Echo both came back negative. He said that her heart was fine. They said it was a virus. Pain management and rest. They gave her morphine for the pain as she did not sleep on Friday night. We left the hospital as we were told that she just needed rest.

I called to check up on her at 2:30 no change still just pain management and rest. I called then about 6:45 pm and that is when the nightmare became real life. Her oxygen level dropped. They had tried giving her oxygen, but it was not helping. Her blood pressure also dropped they were giving her meds to keep it up. They were going to put her on a ventilator to get her through this acute state.

I arrived at the hospital at 7:00 pm. They were able to put her on the ventilator and she was sedated. We were not able to see her at this time as they were still working on her. The doctor was still unsure of what was going on and asked us if there was anything we could think of.

All her drug test came back negative. After a couple of emergency’s with Shelby, the doctor came to us and said he didn’t think Shelby would make it. That was at 7:30 pm. Shelby passed away at 7:45 pm.

On Wednesday May 29 the coroner called us with her findings. Myocarditis. She said the Pathologist said it was the worst case they have ever seen. They stated that she was showing signs of it in March 2019, by the damage to her heart.

Shelby was a vibrant heathy 23-year-old. Her light will forever shine in those who knew her.

I need to raise awareness of this disease, so as to prevent others from suffering as we all have, from Myocarditis.