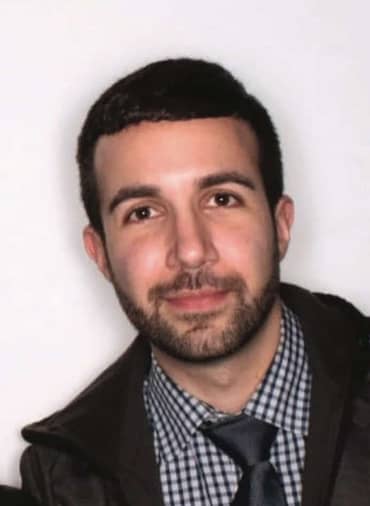 Leading up to this date, I was incredibly busy at work, enjoying the weekend with friends, traveling the world as much as I could, and working out at the gym six times a week. I was a healthy 28-year-old, who was always on the go. From time to time, I would experience the typical cold or u, but overall I considered myself very healthy.

In early April, I felt the signs of a cold coming on. It started as a stomach bug, then a sinus infection. As the week went on, I scheduled a doctor’s visit, where learned I was also battling pneumonia, which had made it to the base of my lungs. With my Z-pack in hand, I went home to rest, drink lots of fluids, and catch up on Netflix.

But I didn’t get better. In fact, I started to feel worse. On the morning of April 16, I awoke to a tightness in my chest that ran down to my arms. After shrugging it off, I called my mom to tell her I was feeling a little weird. I then jumped into the shower to see if that would help, but as soon as I felt the warmth of the hot water, I could feel myself going down for the count. I had enough time to call my mom to come get me, before I passed out. I ended up at the hospital where I encountered a whirlwind of countless needles and machines all trying to determine what was wrong with my body. At first, the diagnosis was a heart attack, but the many tests determined my heart was normal. Then my blood work came back from the lab and we discovered my troponin was elevated to “13.” With this key information, my doctors determined I had a condition called viral myocarditis.

Over the next two days, I took medicine I never took before, had injections to reduce the load on the heart, and was connected to one monitor after another. Before I was released, my troponin level maxed out at “17” before it dropped to “8” overnight, which was considered a safe zone by the doctors. With this wonderful news, I was released from the hospital just in time to vote in the New York primary. Over the next several weeks, I continued to have many tests (Stress Tests with Echo, CPAT, Cardiac Cath). Thankfully, each test showed negative results, including the cardiac MRI, which showed no damage or signs of inflammation.

While the infection passed, it left in its wake a new reality for me to manage. I was now more anxious about illness, as I had a heightened awareness of how body ticks. I had random anxiety attacks, lost quite a bit of weight, and experienced many restless nights where I felt I wouldn’t wake up the next day.

It’s almost a year later and I’m happy to report that I am hard at work, hitting the gym regularly, traveling the world again, and going back out with friends. It is through my family, the relationships I formed with my tight-knit group of friends, my work family, and the Myocarditis Foundation Forum that I gained hope that this frightening experience would dissipate over time and I would have the confidence to share my story with you.

Please know that if this is an experience you too are coping with, there is light at the end of the tunnel. Never lose faith that God, your relationships, and your body will get you through this. You are stronger than you think you are. Stay focused on the long-term goal of getting better and moving forward.