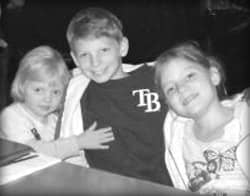 After further review and testing, the cause of Luke’s death was found to be myocarditis, an uncommon disease that can be fatal yet often goes undetected and undiagnosed.

Now Amy and Joe Skowronski, Luke’s mother and stepfather, and Senator Kennedy are teaming up to raise awareness of myocarditis. Luke’s family and friends joined Senator Kennedy Thursday at the West Seneca Ice Rink – the rink where the promising young hockey player skated – to announce new efforts in their fight against myocarditis.

Earlier this week, the State Senate passed a resolution, sponsored by Senator Kennedy, to proclaim November 16, 2012 – the one-year anniversary of Luke’s passing – to be Myocarditis Awareness Day. Luke’s family and Senator Kennedy intend to capitalize on Myocarditis Awareness Day by working to call regional and statewide attention to the disease and the complications it can cause.

Myocarditis often goes undiagnosed, and during autopsies, it is not always immediately detectable. It may affect one portion of the heart, but not others. This means multiple tissue samples may have to be taken and tested. One tissue sample may show signs of myocarditis, but it’s possible for other samples from the same heart to look healthy. As a result, some claim that myocarditis may be the culprit in many instances when autopsies of otherwise healthy young people show no conclusive cause of death.

To help prevent families from enduring the pain of not knowing what caused their child’s death, Senator Kennedy is going right to the medical examiners. He is sending correspondences to medical examiners across the state urging them to keep myocarditis in mind when faced with the likelihood of issuing an unknown or undetermined cause of death, especially in cases involving the sudden death of a young person.

In the letter, Senator Kennedy writes, “Not knowing the cause of death of one’s child is a pain that no person should endure, which is why I have partnered with Amy and Joe Skowronski to spread awareness of myocarditis. As a cause of death of otherwise healthy individuals, especially children, myocarditis can be difficult to detect… Given the story of Luke Gould, I would encourage you to remain aware of myocarditis in future cases of unexplained death in otherwise healthy young people. If there is a case where cause of death is undetermined, we are asking that you consider myocarditis as a cause and examine the tissue evidence closely.”

“Lukey was such a happy, energetic and promising boy. We were always very proud of him for everything he accomplished in sports and in school. When Lukey passed away, it broke our hearts, as well as all that met him,” said Amy Skowronski. “What made it hurt even worse was not knowing what had caused his death. When the medical examiner told us they were going to declare an undetermined cause of death, we could not accept it. We encouraged them to keep Luke’s case open and keep looking for answers. Our family also reached out to Senator Kennedy, who acted quickly in contacting the medical examiner and urging them to re-examine the case. After more testing, they found out that myocarditis had taken Luke’s life. Losing Lukey still hurts so much, but just knowing what caused his death has provided us with some sense of comfort.

“We want to thank the County Health Department for going back and reviewing Luke’s case, and we thank Senator Kennedy for his support and advocacy,” Amy added. “Now we want to prevent future tragedies and save other families from the suffering. It’s our mission to increase awareness of myocarditis and to ensure no family has to endure the pain of not knowing what caused the death of their child.”

“When we initially heard Luke’s story and learned the Skowronski family was on the brink of having to live with an “undetermined cause of death”, we knew we had to help,” said Senator Kennedy. “Losing a child is painful enough. Not knowing the cause of death of your child is a pain no person should endure. The Erie County Health Department and Medical Examiner’s office deserve praise for re-examining Luke’s case and conducting further testing. The answers they found helped give Luke’s family the sense of closure they needed.

West Seneca Town Supervisor Sheila Meegan announced the town would keep Luke’s legacy prominent in the West Seneca Ice Rink throughout the 2012-13 hockey season, naming Locker Room No. 1 and the home players’ bench in his memory.

“West Seneca lost a beautiful young boy, who is missed by so very many. Luke Gould, your love and enthusiasm for the game of hockey goes on this hockey season,” Supervisor Meegan said. “On behalf of the town of West Seneca and the West Seneca Hockey Association, we’re proud to announce that for the 2012-2013 hockey season, we will place a name plaque on Locker Room No. 1 in his memory, along with the home players’ bench. The courage and strength that Luke’s love has given his family is truly inspirational and evident today.”

For more information on myocarditis and to get involved, visit https://www.myocarditisfoundation.org/. To get involved in local advocacy efforts, you can contact Senator Kennedy’s office at 716-826-2683 or [email protected].

Senator Timothy M. Kennedy represents the New York State Senate’s 58th District, which is comprised of the towns of Cheektowaga, Eden, Hamburg and West Seneca, the city of Lackawanna and parts of the city of Buffalo. More information is available at http://kennedy.nysenate.gov. 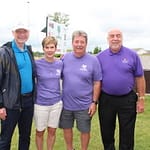 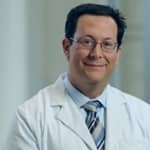 It is with great sadness that we share Dr. Robb Kociol’s passing. 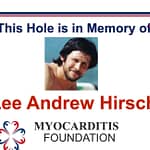 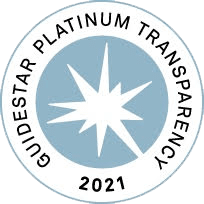