The butterfly is a spiritual symbol for life after death because of its metamorphosis or transformation. They are a deep and powerful representation of life. Many cultures associate the butterfly with our souls. Butterflies are the symbol used extensively by many support groups for the bereaved.

On October 28, 2018, the Austry Family, of Ft. Worth, Texas, are hosting a fundraiser for the Myocarditis Foundation with the dedication of a Monarch Butterfly Garden in memory of their son, Mark Stanley Austry.

Their healthy and athletic 32 year old son died over 8 years ago from Viral Myocarditis after completing a half marathon with his older brother. Following Mark’s death, the Austry’s joined Compassionate Friends, a support group for those that have lost a child, a grandchild or sibling. While attending a butterfly release in memory of loved ones, they were alarmed to learn that the numbers of migrating Monarch Butterflies had dropped by 90%. They decided to do everything possible to save the Monarch Butterfly and to raise funds for the Myocarditis Foundation, to help their mission of Education, Research, and to provide Emotional Support for those who have been affected by Myocarditis.

The Monarch Butterfly migration is critically endangered because of deforestation in their over-wintering sites in Mexico, weather extremes associated with climate change and most significantly, because of the loss of their breeding habitat. The relentless spraying of herbicides on GMO’s is wiping out the once plentiful milkweed, the only plant that Monarch caterpillars can eat. (100 million acres of milkweed has been lost since 1997). The Monarch will only lay their eggs on the milkweed plant because their toxic leaves make the butterflies taste bad to predators.

It takes 3 generations of Monarchs to travel from Mexico to Canada, but only one generation to make the extraordinary 3,000 mile journey back. Sadly their over-wintering grounds have shrunk from 45 aces two decades ago to less than 1.65 acres today. It is imperative for us to plant milkweed and nectar plants in order to help save this magnificent creature from extinction.

The Austry’s are dedicating a public Butterfly Garden in Fort Worth on October 28, 2018, on what would have been their son’s 41st birthday. This day holds additional meaning because it also coincides with the “Day of the Dead Holiday” that celebrates the return of the Monarch Butterfly to the fir-clad mountains of central Mexico. The returning Monarchs are heralded by the Mexican people as a symbol of the souls of their departed loved ones returning to the earth for their annual visit.

They are hoping that the dedication of this Butterfly Garden will not only increase awareness of the desperate plight of the Monarch Butterfly, but also raise funds for continued Myocarditis education and research in order to prevent others from suffering the agony of losing a loved one to this devastating disease. 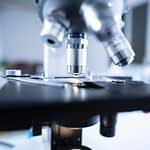 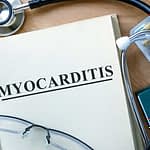 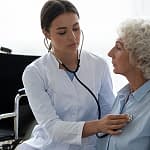