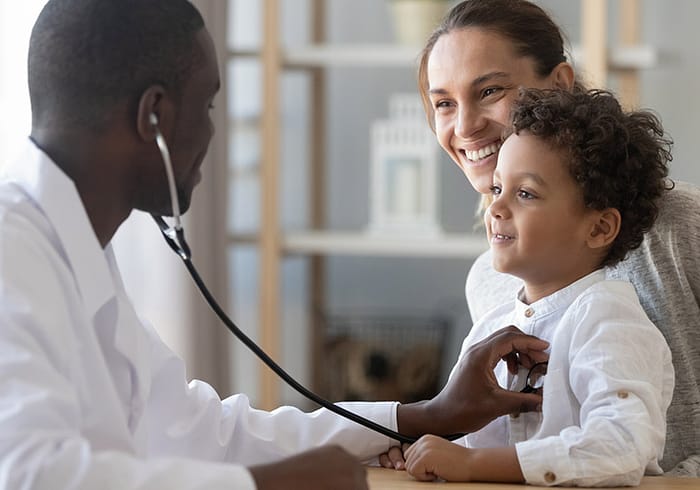 In layman’s terms, cardiomyopathy is a disease of the heart muscle. As a result of a defect, the heart muscle becomes weakened, swollen, or lopsided, making it harder for the heart to pump blood. “Cardiomyopathy is eight times more common in infants than in any other demographic,” says Dr. Jack F. Price, MD, Pediatric Cardiologist at Texas Children’s Hospital. Here, the Myocarditis Foundation and Price explain cardiomyopathy and what is known about how it affects children.

Like myocarditis, cardiomyopathy may lead to congestive heart failure, which is caused by the buildup of fluids in the heart, lungs, or other organs. According to Price, there are three main types of cardiomyopathy, including:

Unfortunately, cardiomyopathy comes with the risk of sudden heart failure and death. This is especially dangerous in youth athletes or any children who regularly exert themselves. To prevent this, there is a growing movement to screen student-athletes for cardiomyopathy before allowing them to participate in sports. “When a patient tests positive,” says Price, “we often restrict them from participating in sports and even physical education classes depending on the severity of their illness.”

Price says that symptoms of cardiomyopathy in children vary depending on the age group. In infants, symptoms include:

In addition to these symptoms, older kids often complain of abdominal pain, vomiting, and diarrhea. They may also become disinterested in the activities they normally enjoy and begin to avoid exercise. “The symptoms of dilated cardiomyopathy are very similar to those we see in advanced forms of myocarditis,” adds Price.

Further, male and African American children have the highest incidence of all pediatric cardiomyopathy cases. In terms of age, it’s most likely to be diagnosed in the newborn period, early adolescence and young adulthood. The reasons, however, are tough to identify. “Most forms of cardiomyopathy are caused by a genetic mutation,” says Price, “so it can be passed in families.” More often, however, the patient is the first in their family to have cardiomyopathy – the result of spontaneous mutation.

Little is still known about the illness, but by furthering our knowledge of pediatric cardiomyopathy, doctors can more effectively diagnose and protect children from sudden cardiac death. To learn more about how the Myocarditis Foundation is committed to fighting cardiomyopathy, myocarditis, pericarditis, and other heart conditions, contact us today.