Diane and Jim Poettgen opened their restaurant up to help the Foundation raise awareness on Myocarditis.  There was a constant flow of customers learning about Myocarditis throughout the day from Genevieve Rumore, the Executive Director. The restaurant was packed for the co-founders of the Foundation, Dr. Leslie Cooper and Candace Moose, and Myocarditis Cardiologist and Researcher, Dr. Mario Deng from UCLA, who also spoke later in the day.

There were a number of Myocarditis Families there as well, and two of them briefly spoke about their experiences with Myocarditis (one who lost a son to Viral Myocarditis and one whose daughter was a survivor of Giant Cell Myocarditis). A Myocarditis survivor, who was recently diagnosed, happened to see our post on Facebook and came on over to meet us. As well, a Giant Cell Survivor who ordered pizza from the “wrong” Ballpark Pizza, was totally surprised when she arrived and saw all the information on Myocarditis!

There was a lot of sharing of information within the room and many happy winners of the 29 Silent Auction baskets that were so generously donated for the event. We look forward to another successful event in sunny southern California in 2020!

Thank you to the Poettgen’s and all those who helped make it a successful day! 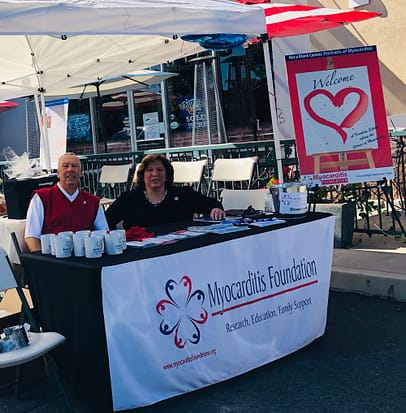 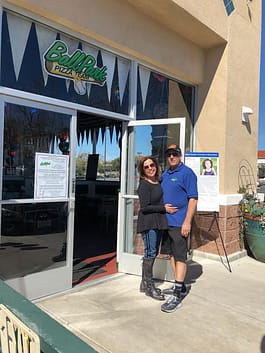 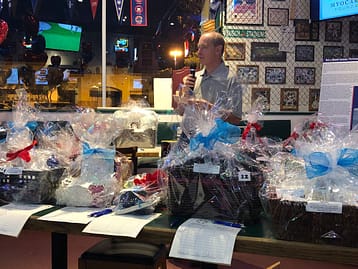