Myocarditis Around the World 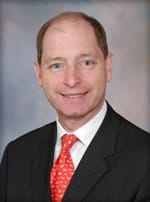 Myocarditis Around the World

Are the causes of myocarditis the same in all regions of the world?

A:  In developed countries, viral infections commonly cause myocarditis; however, in the developing world, rheumatic carditis following streptococcal infection and certain bacterial infections, such as diptheria (due to Corynebacterium diphtheriae), still contribute to the global burden of disease. The rates of viral cardiomyopathy in most developing countries are not yet known because the tests to identify viruses in heart tissue are not widely available. For example, the age-standardized incidence of myocarditis due to Corynebacterium diphtheriae has been estimated at nearly 50 cases per 100 million worldwide with much higher incidence in patrs of the former Soviet Union.

What are the major knowledge gaps in the global burden of myocarditis?

A:  The rates of myocarditis vary by region with higher rates seen in parts of East Asia and Europe. As estimated in the 2019 Global Burden of Disease study, the prevalence of myocarditis in 2019 was 712,780  or a prevalence rate of 9.21 per 100,000.  Disability from myocarditis is largely due to heart failure. The age standardized, global Disability-Adjusted Life Years (DALYs, rate per 100,000) due to myocarditis in 2019 was 977,238. There were an estimated 32,449 deaths or 0.42 deaths per 100,000 due to myocarditis. The death rate from myocarditis is higher in the 1st year of life than between ages 1 and 14 years for both males and females. After age 15 years, Disability-Adjusted Life Years (DALYs), the number of deaths and death rate due to myocarditis are higher in males than females. Myocarditis can be difficult to distinguish from other forms of cardiomyopathy in areas that rely on clinical presentation and echocardiography for diagnosis, suggesting imprecision in diagnosis within the larger category of cardiomyopathy.