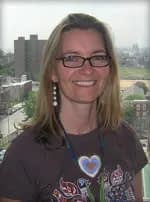 FAQ on Sex Differences in Myocarditis

For many years clinicians have noted that sex differences exist in the presence and severity of myocarditis, but only recently has evidence been obtained to substantiate this observation.

A:  Recently two studies were published finding that myocardial recovery and transplant-free survival occurred much less frequently in men than women with myocarditis 1,2. Another study found that men are two-times more likely to develop myocardial fibrosis following myocarditis than women 3. Fibrosis is a scar that develops in the cardiac muscle that makes it more difficult for the heart to pump efficiently and usually leads to dilated cardiomyopathy, or an enlarged heart, and may progress to heart failure

Many differences exist in the normal physiology or function of the heart in men and women 4,5. Likewise, men and women respond very differently to the same type of damage to the heart as can be caused by certain infections or chemicals/drugs 6. Sex steroid hormones like testosterone and estrogen are able to directly influence cardiac inflammation resulting in more inflammation and scarring (or fibrosis) in men and less in women.

How are testosterone levels in men linked to myocarditis?

A:  Researchers have found that elevated testosterone levels in males directly promote the type of inflammation that leads to increased inflammation, fibrosis, dilated cardiomyopathy and heart failure 7-11.

How are women affected by sex hormones and their role in myocarditis?

A:  Females are able to clear infections and repair damage without high levels of inflammation and without long-lasting damage 12. But, similar to atherosclerosis, women develop myocarditis that leads to heart failure in a different way than men (i.e. by different mechanisms). However, women may be more susceptible to certain types of myocarditis, such as autoimmune myocarditis caused by immune-complex deposition in the heart, which may be promoted by estrogen 6. Additionally, pregnant women are at risk of developing peripartum cardiomyopathy, which is a relatively rare form of heart failure that affects women during the last months of pregnancy or the first months after delivery 13.

Research to understand how sex differences affect myocarditis is a relatively new area of study and should provide critical information that will lead to better diagnosis and treatment of disease.