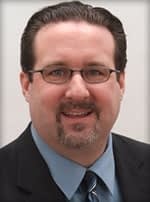 FAQ on Sudden Death and Myocarditis

What is sudden death?

A: Sudden death is the sudden, unexpected death, caused by a loss of heart function. It occurs most often as a result of sustained abnormal electrical activity in the heart. This can result from structural problems in the heart and as a result of heart attacks. But the causes of sudden cardiac death are diverse.

How does it present clinically?

A: Sudden cardiac death is responsible for up to one half of heart disease deaths. It is not a specific disease itself, but results from a number of very common heart diseases including heart attacks and myocarditis. It might be best recognized from media reports featuring apparently health young athletes that die during physical activities. Many times these young athletes have an underlying genetic heart disease that results in death despite their athletic training. Similarly, myocarditis can occur in athletes following an infection (see FAQ on viruses and bacteria that cause myocarditis).

What are the known causes of sudden death?

Other acquired and hereditary causes, including left ventricular hypertrophy (enlarged heart usually due to high blood pressure), hypertrophic cardiomyopathy (due to genetic mutations in heart proteins), arrhythmogenic right ventricular cardiomyopathy (also due to genetic mutations in heart proteins), mitral valve prolapse (mainly secondary to infections), and congenital coronary artery anomalies (due to inherited defects) have been reported. Another 10-12% of cases under the age of 45 (~5% in those older) occur without structural heart disease1.

Are there factors that increase ones risk of sudden death?

Can exercise put susceptible people at risk of sudden death?

A: The risk of sudden death increases during exercise and for 30 minutes after strenuous exercise 7,10. However, the actual risk during any one episode is extremely low (1 per 1.5+ million hours of exercise) 10. The transient increase in risk is lower among those who regularly exercise 7,10. And this small increase in risk is far outweighed by the benefits of reducing the risk of sudden cardiac death by exercising 9,11. The exception to this is in people with inherited heart diseases, which put them a higher risk of sudden during exercise, including hypertrophic cardiomyopathy, arrhythmogenic right ventricular cardiomyopathy, long QT syndrome subtypes, and myocarditis 12,13.

A: Caffeine has been studied as a potientiator of sudden death risk 14. No associations have been found in the limited data collected so far.

Can sudden death be predicted?

A: Generally, sudden death cannot be predicted, which makes the disease so insidious. But people at risk can be screened (e.g. stress testing and ECG monitoring) and may benefit from specific interventions if issues are identified.

Can risk factors be reduced?

A: Primary interventions: Maybe. Effective treatment of high cholesterol, high blood pressure, the adoption of a heart-healthy diet, regular exercise, smoking cessation, moderation of alcohol consumption, and diabetes treatment/management may decrease the risk of sudden death. While studies have demonstrated that interventions to reduce risk factors reduces coronary heart disease, the most common cause of sudden death, risk factor reduction on sudden death itself has not been extensively studied 1.

Help us find answers! Donate to the Myocarditis Foundation today!