The Teammates for Kids Foundation is a national non-profit that is dedicated to helping kids. They focus on helping children in the areas of health, education, and inner-city outreach.  Teammates for Kids was started in 1999 by Bo Mitchell and Garth Brooks, with the goal of giving all kids, all around the world, an even start. Bo had an idea to take sports statistics and convert those statistics into money. Starting with baseball players, the foundation has grown to include over 3,000 professional athletes from baseball, hockey, football, soccer, basketball, racing, golf, and even pro rodeo. More than ten years later, Teammates has raised over $80 million to help children in over 60 countries around the globe.

The Kroenke Sports Charity is the official charity of the Denver Nuggets, Colorado Avalanche, Colorado Rapids, and Colorado Mammoth.  Kroenke Sports Charities is committed to improving the lives of families and children in Colorado.  They are dedicated to investing in the education, heath, and sports programs for the Colorado community and works to support nonprofit organizations aligned with their mission.  Via NHL and MLS partnerships with the Teammates for Kids Foundation, the Colorado Avalanche and Colorado Rapids players and coaches make a difference in the lives of children in the United States, Canada and around the world.  During the 2010-11 season, Kroenke Sports Charities and Teammates for Kids made grants totaling $30,000 to nonprofit organization. 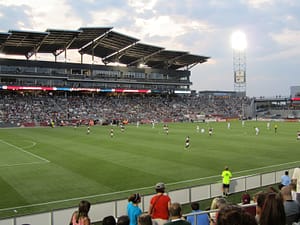 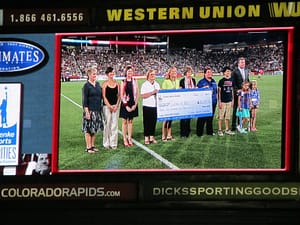 This is the start of a wonderful myocarditis awareness campaign sponsored by the Colorado Rapids, Teammates for Kids, and Kroenke Sports Charities.  On September 14th, there will be a Myocarditis Awareness Night at the Denver Rapids game, with all fundraising profits going to the Myocarditis Foundation.   If you are in the Denver area, please come to the September 14th game and raise awareness for myocarditis! 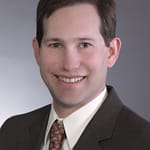 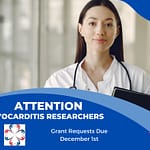 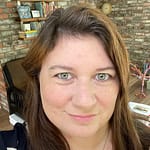 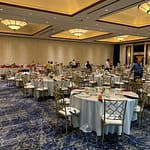